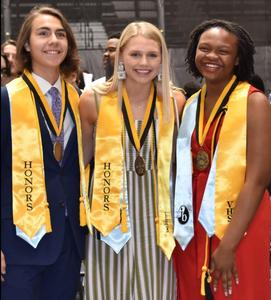 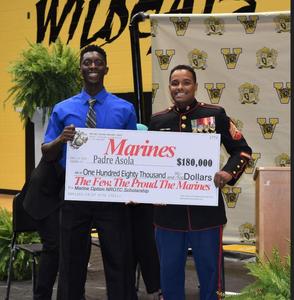 Class Officers, Ja’len Smith and Mackenzie Gay, presided over the evening’s presentations which included over $40,000 in local scholarships from generous community sponsors and organizations.  Senior, Padre Asola, received a standing ovation as he was presented with a college tuition check for $180,000 from the United States Marine Corp.

Honor stoles were presented to the 120 honor graduates, International Baccalaureate candidates and AVID scholars.  The VHS Honors Night concluded with the announcement of the top three honors.  Jada Crockett was named the Third Honor Graduate and Lynn (Talley) Petermann as the class Salutatorian. The title of Valedictorian of the Class of 2019 was awarded to Bryce Jackson.