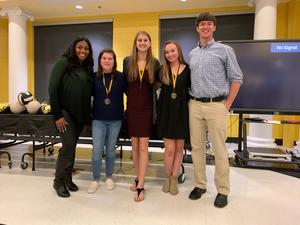 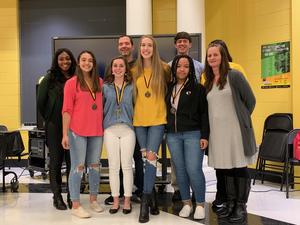 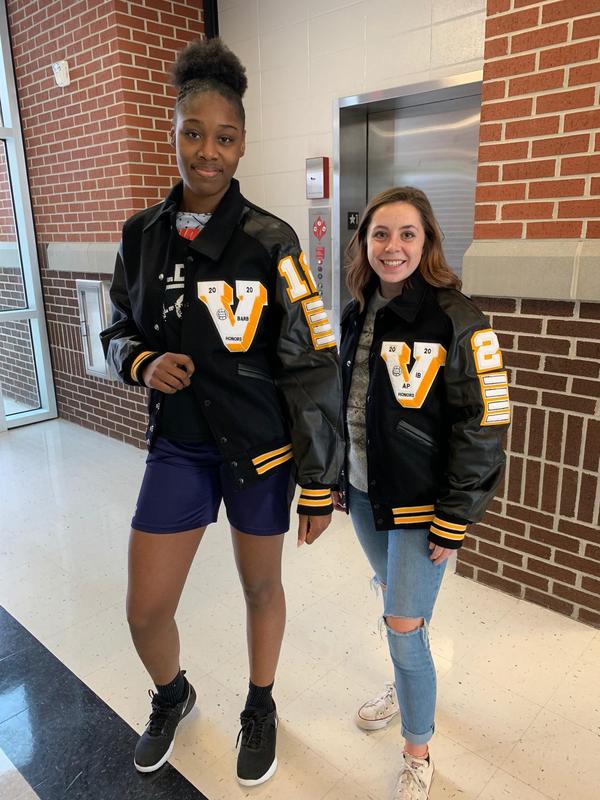 VHS volleyball teams celebrate year one for the 9th grade team, and records for the JV and Varsity teams at their end of the year banquet.

JV ended their season with a record of 14-9 beating many of Valdosta's big Region and 7A rivalry teams.

Varsity made it to the state playoffs for the second consecutive year and finished second in the Region, first time in the short history of the program. Ending the season with a record of 21-12.

The following players were also awarded All Region Awards:

All Region 1st Team: Adair Rodemaker, and seniors Kemari Smith and Lilly Parrish, both for the 2nd consecutive year, 1st time in the school's history.

Outstanding Stats for the season go to:

Kemari Smith with 50% of total blocks for the team.

Kemari Smith and Adair Rodemaker with 60% of total kills for the team.

Lilly Parrish and Adair Rodemaker with 53% of total digs for the team.