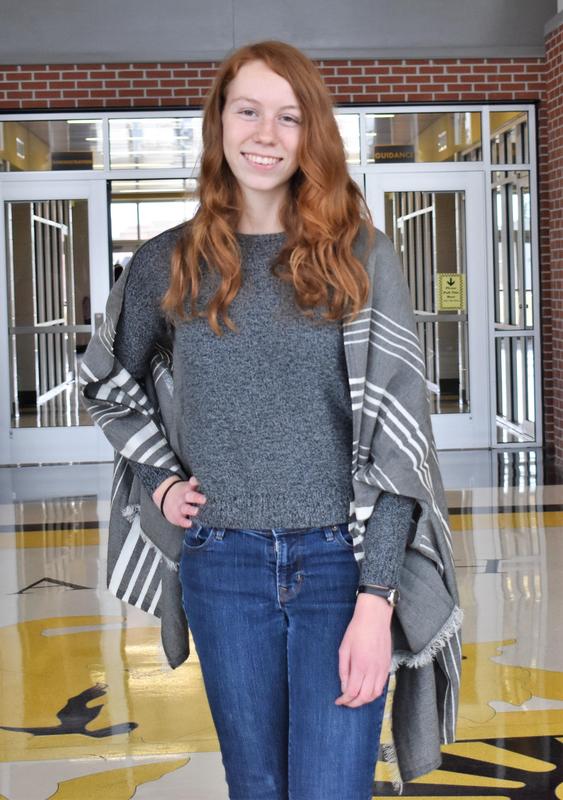 On average, less than one-tenth of 1 percent of students who take the ACT earn a top score. In the U.S. high school graduating class of 2016, only 2,235 out of nearly 2.1 million graduates who took the ACT earned a composite score of 36.

The ACT consists of tests in English, mathematics, reading and science, each scored on a scale of 1–36. A student's composite score is the average of the four test scores. Some students also take the optional ACT writing test, but the score for that test is reported separately and is not included within the ACT composite score.

In a letter to the student recognizing this exceptional achievement, ACT Chief Executive Officer Marten Roorda stated, “Your achievement on the ACT is significant and rare. While test scores are just one of multiple criteria that most colleges consider when making admission decisions, your exceptional ACT composite score should prove helpful as you pursue your education and career goals.”

Katie is a very active member of the VHS campus.  She is an IB student and is currently in the top 5% of her graduating class.  She is a member of the VHS Cross Country team, president of the Beta Club and has been a student in Valdosta City Schools for her entire educational career.

"We couldn't be more proud of Katie," said Dr. Janice Richardson, VHS principal.  "She is an outstanding young woman with a very bright future ahead of her.  When we found out she had achieved the highest possible ACT score, we were thrilled.  It shows that she has accepted the challenges associated with the rigor of our IB programme and that has clearly paid off for her."

ACT test scores are accepted by all major U.S. colleges. Exceptional scores of 36 provide colleges with evidence of student readiness for the academic rigors that lie ahead.