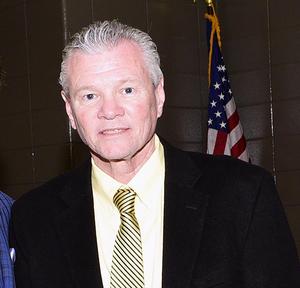 Welcome to Wildcat Nation Coach Rush Propst!
After an extensive national search and after much deliberation, Coach Rush Propst has been hired to assume the responsibility of serving as the next head football coach of the Valdosta Wildcats.
Coach Propst is a seven-time state championship coach, having won five titles in Alabama and two in Georgia and has coached in several other title games throughout his tenure as a head coach. Coach Propst has a very impressive winning record, holding several scoring and playoff appearance records in both states.
"Several coaches from different states were interviewed and contacted, but after all meetings and interviews, all boxes were checked by Coach Propst. We are proud and excited to have a coach of his caliber to lead and guide the Wildcats back to national prominence while always doing the best to prepare our young men to be productive citizens, now and in the future," said Dr. William "Todd" Cason, superintendent of Valdosta City Schools.