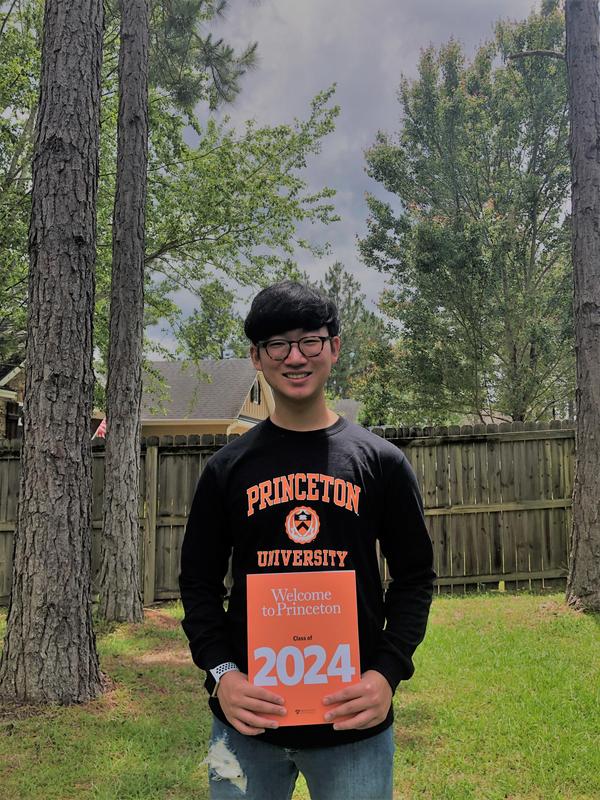 Kang, the VHS Salutatorian and PAGE Region Ten STAR student will be taking his academic talents to the top-ranked Economics or Neuroscience department at Princeton University. Princeton University, one of the eight Ivy League Universities, accepts around 4% of regular decision applicants which is how Kang applied and even fewer earn a full-tuition scholarship. The U.S. News & World Report has consistently ranked Princeton as the number 1 university in the country.

Kang has worked hard throughout high school to earn the opportunity to attend his dream university. He has taken and passed 13 AP exams in high school and been named a National AP Scholar. Additionally, Kang will graduate from the International Baccalaureate program at VHS and has been dual-enrolled at Valdosta State University during his senior year and has participated in a number of research projects.

Kang, the son of Dr. Jonghoon Kang and Dr. Myung Soog Lee, has had a high school career to be envied. In addition to excelling in academics, he is one of the top debaters in the state of Georgia. Kang qualified to the NSDA National Speech and Debate Tournament all four years of high school. Last year, Kang made it to the quarterfinals in Lincoln Douglas Debate, the top 30 in the country. He will compete a final time at the National Tournament this June (the tournament will be held online due to the COVID19 pandemic). In Speech and Debate, Kang is in the top 1% of students to be named an NSDA Academic All-American. Kang has been the Lincoln Douglas Debate Team Captain for the last two years and has competed around the country.

In addition to Debate, Kang has been on the Math Team for four years, the first four year varsity member, and the inaugural treasurer of the Literary Society. Kang has also taken his talents to the tennis courts as a four-year member of the Tennis Team. Kang also spent the summer after his sophomore year, as a finalist in the Governor’s Honors Program at Berry College majoring in mathematics and minoring in history.

As Kang trades in the black and gold of Valdosta for the orange and black of Princeton, he will carry with him the winning attitude of his Wildcats and live the motto, “never, never, never quit.”