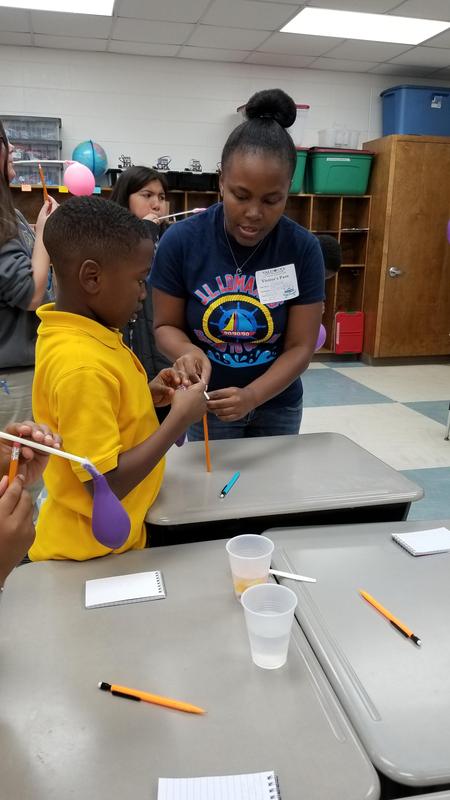 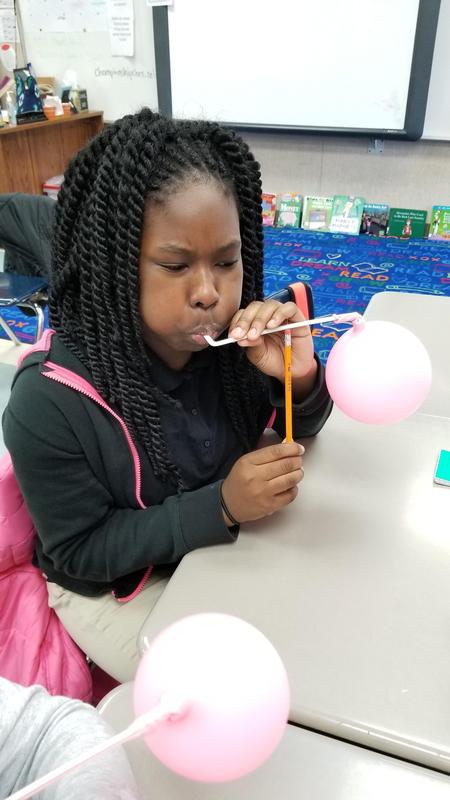 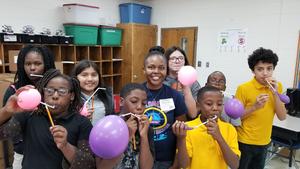 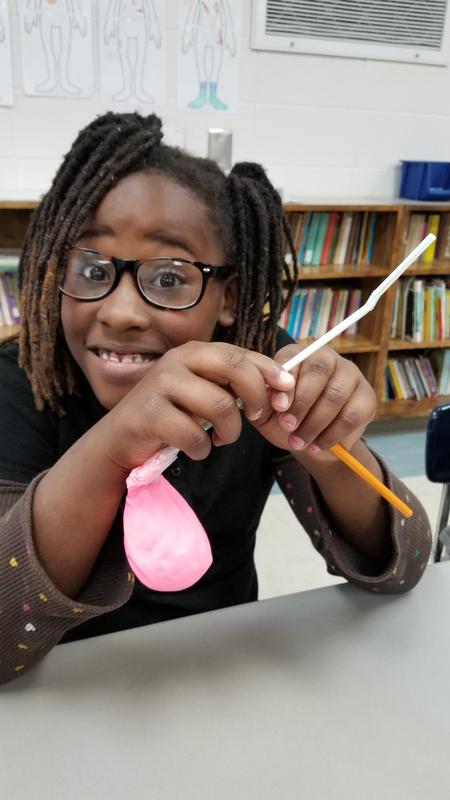 What do you do when a parent wants to come in and teach your class? You say yes, of course! This is what happened in the CATalyst classroom at J.L. Lomax Elementary. Tracy Fleming, the mother of a 5th grade Lomax scholar, offered to come in and teach the Gifted class for the afternoon. But, she did not bring boring lessons and mundane projects. Instead, she brought hands-on, entertaining, educating, science activities.

After handing out the brand new composition notebooks to the scholars-turned-scientists, Ms. Fleming gave out the supplies for the first project: vinegar, baking soda, warm water, and gummy worms. The students soaked their gummies in the soda water for fifteen minutes before carefully transferring them to the cups of vinegar. While waiting for their worms to soak, students had to write their own hypothesis or educated guess (about what would happen next) in their new notebooks.

The second experiment involved making a pinwheels out of a balloon, tape, straw, pushpin, and a pencil. Scholars prepped their balloons by stretching them with air and/or their hands. Next they stuck the straw to the pencil eraser, and securely taped the balloon to the straw. They were then challenged to blow their balloon up and watch it cause their handmade pinwheel to spin. This project demonstrated Newton’s 3rd Law of Motion, which says that for every action, there is an equal, and opposite, reaction. In this case, where the air from the balloon rushes back out of the straw, it pushes the straw in the opposite direction, creating the pinwheel spin.

Students enjoyed their educational afternoon with their “new teacher.” They all begged her to come back with more activities in the future.