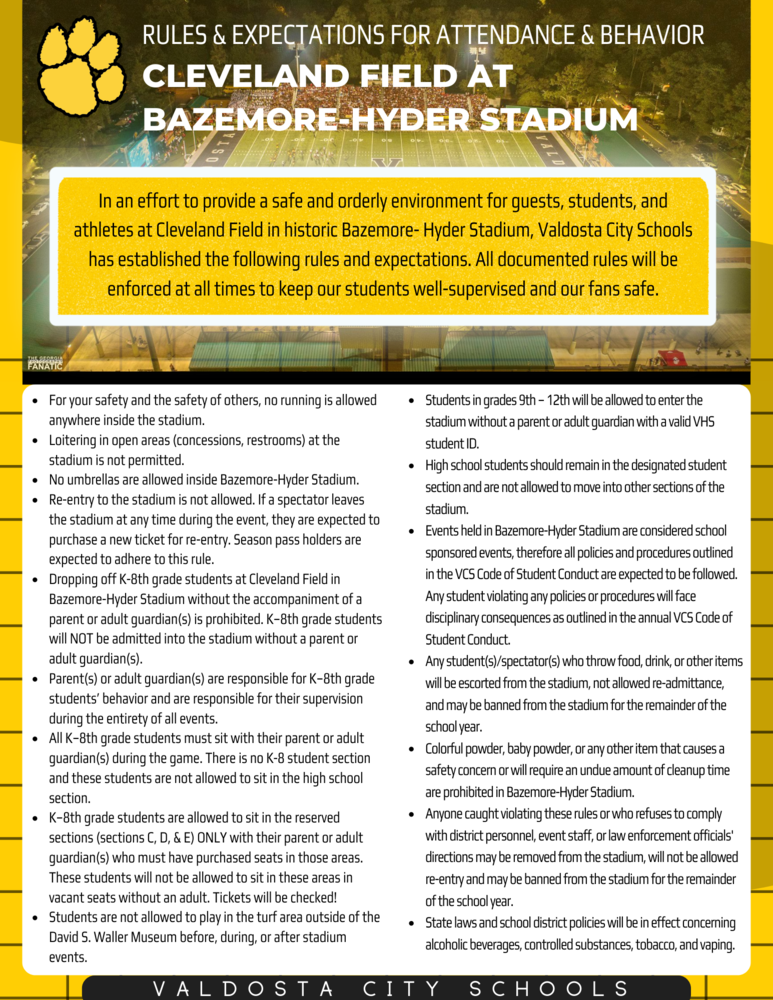 Rules and Expectations for Bazemore-Hyder Stadium

In an effort to provide a safe and orderly environment for guests, students, and athletes at Cleveland Field in historic Bazemore- Hyder Stadium, Valdosta City Schools has established the following rules and expectations.  All documented rules will be enforced at all times to keep our students well-supervised and our fans safe.